"Anekumen focusses on the move of revolutionary principles to the most private areas of life. Set in the time when workers' autonomy was developing in the 70s, it explores their hostility towards the assembly processes and fragmentation of the workers' movement, observing one of the most typical reactions to political deception: the search for a reduced and isolated model of society in which to be able to put their political ideals into practice, taking a deeper look at the complex contradictions involved in that road".

Sinopsis: Donostia-San Sebastian, 1978. A group of libertarian militants gather to print a statement in view of the imminent signing of a controversial collective bargaining agreement. At the factory where they work, it is obvious that the growing unionisation of the workers' movement has driven their radical political project to irrelevance. Disillusioned, they progressively direct their revolutionary endeavours towards the most intimate areas of their lives. The most radical among them decide to leave the factory and join a free-thinking commune in the mountains of Navarre.

"As a Brazilian author, indigenous on my mother's side and bandeirante (literally flag-carrier) on my father's side, I believe it is my responsibility to give a voice to this struggle with which I have always identified. Through all of my films I have always tried to shed light on the so-called minority, those who are persecuted and rejected by society. Bandeira follows the same line as my previous films, where my characters always fight against a nature that was imposed on them".

Sinopsis: In the heart of the Amazon rainforest, Jonás, a young indigenous gold digger, is convinced that he is the chosen one who will bring prosperity to his community. But gold gradually plunges him into a destructive madness, endangering his own people. 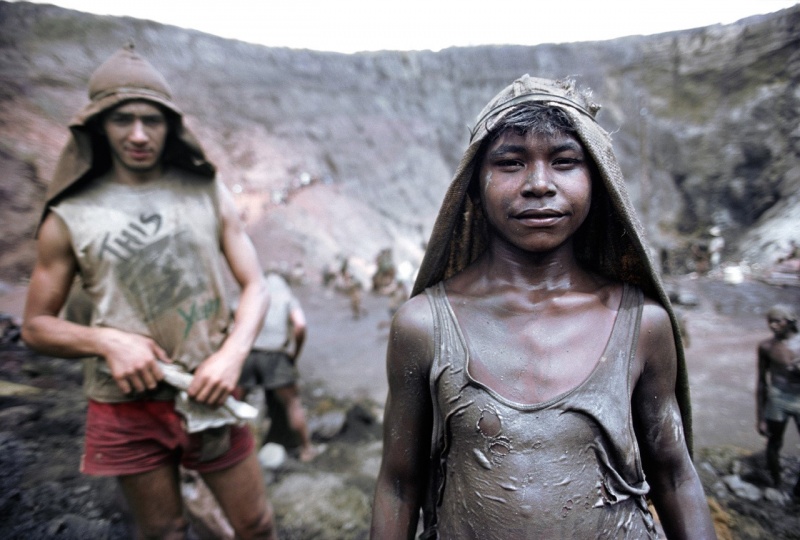 "Every summer my family and myself would cycle along the banks of a different European river. Those rivers conditioned the way my childhood and that of my siblings progressed towards our youth. With Estrany riu I want to reflect on masculinity in brotherly relations. It is an investigation into the sexual awakenings of two siblings and the loss of the elder brother as a reference. The way I address cinema is by means of architecture and spaces. In this case, Estrany riu is developed based on the geography of the Danube. The river that starts out being no more than a stream and that widens at the same time as Dídac grows up".

Sinopsis: Siblings Dídac (14) and Biel (12) bike alongside the Danube with their family. Amid the turbulent waters of the river and the dark woods of the Black Forest they meet the mysterious Alexander. When the river widens, Alexander seduces Dídac who, like the Danube, is growing in leaps and bounds. Biel discovers how his brother's body is changing and tries to keep him by his side, but the fissure between the two siblings is growing wider. 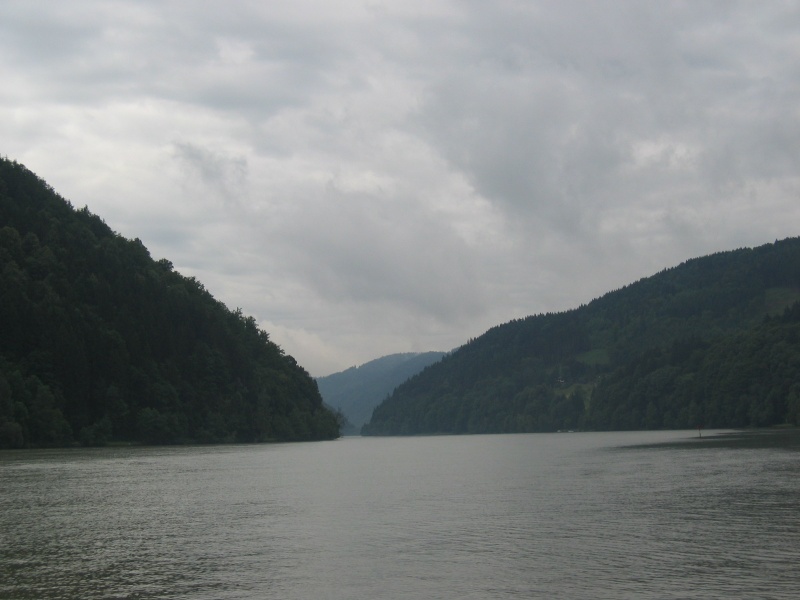 "During the time that I worked with the writer Selva Almada, a number of concerns arose within me in regard to the clash between the word and the image. To the strictly literary and the cinematic. To their movements and their insuperable forms where we always proceed from polarity and experimentation. And precisely when shooting the film with Selva I re-read certain fragments of Frankenstein that I had underlined in Mary Shelley's book. Above all the chapter where the Monster surreptitiously observes the daily routine of a family on the farm and who, through this observation, learns language, work, love and sadness. In my imagination, that farm was very similar to those in Entre Ríos that I had so often filmed. The book, like the film, proposes a voyage through landscapes and modes of existence, detours and fragile, almost invisible contours. And the same question: is there some kind of plan for us?".

Sinopsis: What do a young boy in love in the mountains and a caged thrush have in common? A couple of men on a farm looking for a son and a dog obsessed with burrows? A man searching for a friend to join him in the local town festivities and a gang of motoqueros (bikers) who don't want to go home? A bañado swamp) in the north that reflects all the stars at night and a father who remembers the Balkan wars? A fox and a desert in Catamarca and working the land in Patagonia? The Mapuche resistance, lost languages and fishing boats in the Argentine sea? Frankenstein. 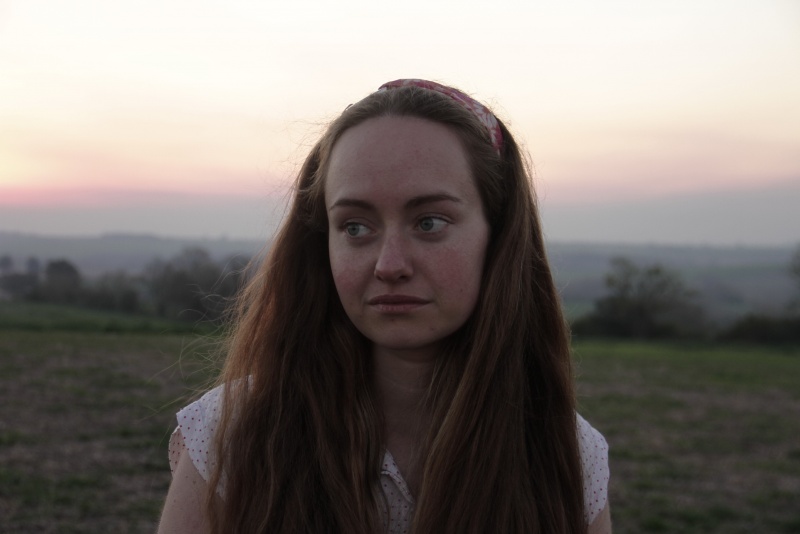 "I am interested in films which, more than just a story, carry a smell, a unique flavour in their atmosphere, in their oddity, in the invisible depths of their little occurrences. When I direct I think a lot about bodies. About their clumsiness, about touch, about the expressiveness of hands, about all those things we can't see, but that we can feel. The body of a son and a mother who look the same age, the sleeping body; what happens beneath the eyelids, the place to which the film has no access. The bodies of the other orphans inhabit this story, the collective masturbations, the games and the animality".

Sinopsis: At the age of 31, Azucena decides to look for the son she abandoned after getting pregnant at the age of 13. Julio, her 18 year-old son, is in his last year at the orphanage and the two look as if they were the same age. La Hiedra explores the relationship between a mother and her son from the angle of instinct, sleeping bodies, the relationship of those bodies with nature. 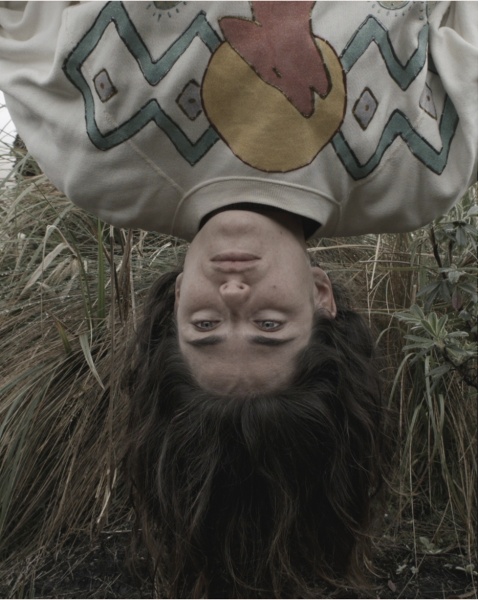 "The pain of being far away and of knowing that one of the people you love most will die one day and that you won't be able to be there. Not being able to say goodbye. A film about mourning, fear and dreams, about the inheritance of exile and losing one's roots. Angélica Castelló is Mexican, the granddaughter of Russian and Spanish emigrants. She emigrated at the age of 17. A permanent foreigner, her home is sound: a bridge between worlds, a door to an experience that pierces the personal and collective memories. Situated on the geographic and cinematic frontiers, between the real and the fantastic, this is a film for the navigators of impossible voyages".

Sinopsis: Inspired by Inca quipus, Angélica (50) is commissioned to create a sound map of the Andean geography's remotest places. A recording as a population census and, in turn, as a fabric containing the stories and songs handed down from generation to generation. Her grandmother, aged 98, is sick in Mexico. Every night, Angélica listens to the magnetic tapes she has recorded before weaving them. Altitude sickness and insomnia spawn a dreamlike, fantastic world, where sounds, voices and tales take her back to her childhood in Mexico. A journey through listening that will push Angélica to think about who she is, who she wants to be, and where she comes from. 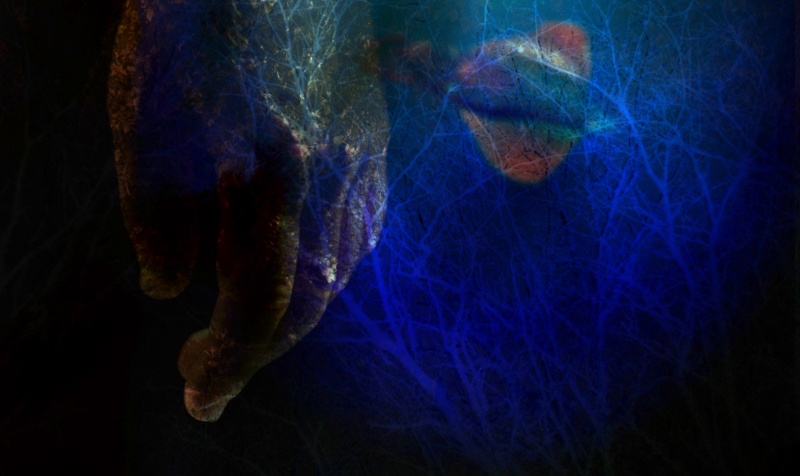