AFTER THE NIGHT, THE NIGHT
NAOMI PACIFIQUE (SUIZA)

"With 'after the night, the night', I aim to explore the different possibilities of experiencing intimacy. I want to question monogamy as a social structure which has enormously affected our human relations. Is there a difference between loyalty to another and loyalty to oneself? What do religion and private property have in common with monogamy as we know it today? I want to submerge myself in the spaces that exist for vulnerability, modesty and empathy within intimacy. I want to use my own body as a way of exploring how the internal expresses itself on the surface. And I want to find Naomi wrapped in an alternative time – one of whispers, of touch, of infinity found in the breath of a moment."

Sinopsis: Tonight Naomi's partner tells her he will return to monogamy with one of his recent relations. Confronted with the harsh reality of non-monogamy, Naomi heads out onto the streets of Amsterdam for a night of diverse intimacies, to remember why she committed to this kind of relationship in the first place. And while she looks, listens and talks her way through the city's cobbled streets, is the night getting longer, or is it only the lights from people's windows engaging in deep conversation with the moon? 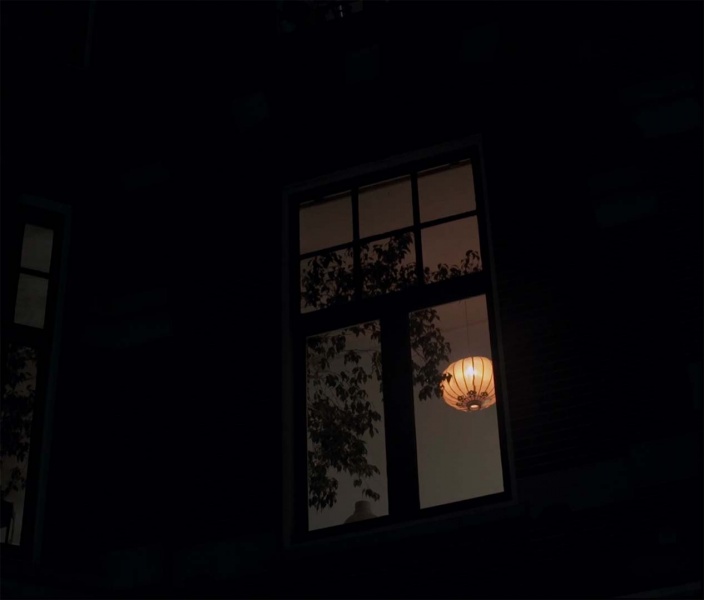 "I was told a true story involving a woman, some roosters in the forest and a group of hunters. I thought it felt like a fiction movie and I wanted to shoot the rooster scene in the forest, at night. Taking that sequence as the centre of the narration, Claros de bosque unfolds like a triptych from the centre out, exploring how one belongs and adapts to the rural environment, gender relations and the complicated coexistence with those around us and other species."

Sinopsis: It's winter in a small valley in the Navarrese Pyrenees. Ana (39) lives alone and struggles to fit into a rural world to which she doesn't belong and that she finds hostile; three roosters struggle to survive overnight in a forest after being abandoned: Julen (35) will try to reverse the effects of climate change in his town as he questions the values he has grown up with. Three stories tied in by a chain of random events create a tale about possible ways of life in a traditional rural setting. I CAN HEAR YOUR VOICE… STILL
SAMEH ALAA (EGYPT)

"In my new feature film I hope to work with a female protagonist since my last two works explored male characters. My films look at the inner psyches of the characters and their hidden emotions as they react to a repressive society. Mariam is not a victim but a survivor - someone who discovers her true potential by challenging herself. I want this story to be an example for young girls in patriarchal societies around the world, so that they won't be afraid of going on a tough journey, because in the end something beautiful will bloom - when they unleash the power they have within."

Sinopsis: In the ghost city of Cairo, just before midnight, Miriam leaves home at such a late hour for the first time in her life. Her night is full of manipulation and other physical and emotional obstacles as she finds her way in a patriarchal society. Overcoming them one by one, she faces her own limits, blurring the line between the real and the unreal. 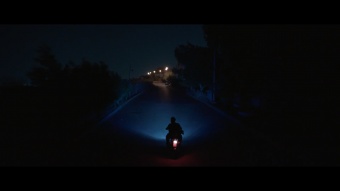 "This film is, somehow, a story of coping with grief. But stopping there would be too simple a description of a screenplay that aims to follow the process of a depressed thirty-something as he matures, realising that he is no longer 20. On returning to Rome, Marcos, protagonist of the story, will discover that he is no longer the same Erasmus student, that he is no longer a part of that multilingual, youthful and multicultural space. That, as happened to me when I returned to Italy ten years after studying there, he has grown up."

Sinopsis: Marcos goes to Rome to collect the body of his brother, who died while on his Erasmus stay, and where he too had studied years back. There he learns that his brother Alejandro was a different person to the one he had known. Intrigued by this version of his brother, Marcos recreates his last days; he goes out with his friends, sleeps in his bed, smokes his tobacco… Meanwhile, the phone calls keep coming: his mother, his boss… "When are you coming back?" But Marcos is happy squatting his brother's life. 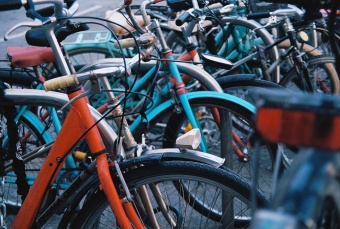 "My idea is to make this lengthy film with many characters and an accumulation of fragments of stories and lives, told in three times: the late 40s, the mid 50s and the early 60s. Starting from a documentary basis of personal tales to narrate private lives where people struggle to get by while everyday life is tainted by the social and political climate of those convulsive and intense years in the history of Argentina. A melodrama where life continues while politics and the successive national and international events mark the rhythm of the story."

Sinopsis: It's summer 1952. Josefina (8) lives with her brother Jorge (13) and their mother, a geologist in the Andes Mountain Range. But a tragic accident leaves Josefina and Jorge orphaned and they are farmed out to Berta, one of their aunts, whose intense political and cultural life filters through to the children's home and private lives. Soon Jorge feels uncomfortable and leaves. Josefina is left behind, living alone with her aunt, her husband and her two cousins. With a few narrative ellipses, personal life starts merging with the political, social and cultural life of the convulsive 50s and 60s. 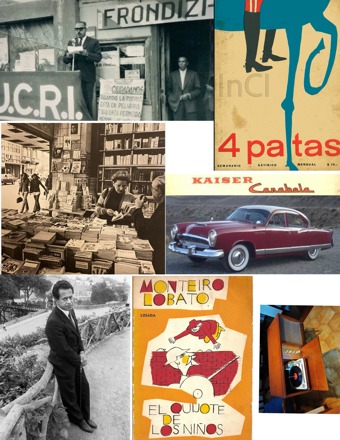 "The imagination as capacity of the memory is the key phrase of this film. The concept of 'home', which is the central theme, encloses issues that are highly complex in this respect. We all have contradictory feelings: we want to go home but, at the same time, we don't want to. I would like to explore nostalgia for the imaginary home when one is far away and what it means to come back when that home is not the same as we remembered it. I would like this film to make the audience remember their own imaginary home with its memories."

Sinopsia: The film is a parody of Homer's Odyssey in the style written by James Joyce in his novel Ulysses. Several Ulysses travel in search of their imaginary home (Ithaca), a place that no longer exists. Episode 3 (Hades) follows Kazuko (read Tiresias), a woman living in Okayama, who has lost her husband and is preparing for her first Obon, the yearly Japanese festivity when the spirits of ancestors return to this world to visit their family members. At the same time and in the same city, Ulysses meets Kazuko and, during the Obon, his dead father (read Anticlea). 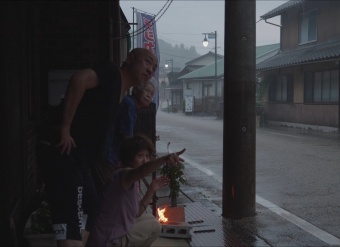